Lecturer and Tutor in English Literature and Women's, Gender, and Sexuality Studies 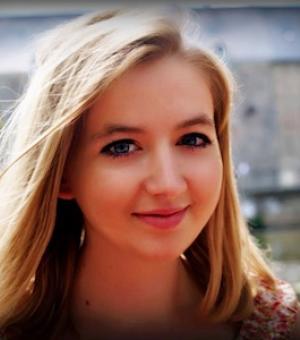 Bio: Eleri Anona Watson is completing a DPhil in English Literature at the University of Oxford. Eleri is a lecturer and tutor in Women’s Studies and English Literature at Oxford and is a Junior Fellow at the Ashmolean Museum. Eleri is the current Christopher Isherwood Fellow at the Huntington Archive in California. Eleri has previously held a Visiting Fellowship at the University of Southern California and is a co-founder of the Queer Studies Research Network (Oxford) and Queer Research UK (University of Cambridge). Eleri’s thesis offers a new reading of Jacques Derrida’s ‘Choreographies’ and writings with/against/alongside Hélène Cixous. Eleri mobilises this reading to examine the role of ‘bumping’ in queer life and friendships in American Literature, particularly the cross-gender and often cross-sexuality ‘fag-hag’ relationship. Eleri has published on topics relating to the history and possibilities of Women’s Studies, the ‘queer sublime’ in Modernist fiction, ‘bumpy relationality’ in AIDS activism and cinema, and on (anti-) relational debates in queer theory. Currently, Eleri is supporting the production of an online archive for South London’s Gay Community Centre and Squats.

Thesis Title:  Bumping as a Way of Life: the pursuit of a queer relationality to come in the work of Jacques Derrida, Hélène Cixous, and Christopher Isherwood

My thesis proposes that a queer ‘way of life’ is fundamentally relational, involving new and ever-mutating cross-identarian relationships. From the crossed paths while cruising to the jostling and dancing of the gay bar, and from the bumping of bodies at protests to the very nature of the interpellation ‘queer’, bumping, I argue, is the physical and psychic manifestation of an ever-supplementing queer ‘way of life’. This, I argue, might promise a pleasurable relationality to come that implicates a bumpy identification politics and ethics of respectful, ever-expanding relationalities and identifications with the other.

Chapter 2 proposes that Cixous and Derrida’s bumpy approaches and strategies for overcoming possible violence are ‘something of an event’, informed by structural oppressions and contextual constraints. In turn, Chapter 3 examines Isherwood’s representation of the (im)possibilities of queer bumping in the post-war Los Angelean context of ‘Afterwards’ (1959) and A Single Man (1964). I argue that Isherwood’s violent depictions of the ‘Viper-Mother’ and consuming ‘fag hag’ underpin Isherwood’s political and pedagogic project. By trafficking horrific images of the fag hag between men (including his peers in Gore Vidal and Tennessee Williams), I argue that Isherwood seeks a shared conception of homosexual identity and separatist way of life that precludes bumping into difference.  Like the aimance to come, George’s ‘dream’ in the denouement of A Single Man might offer a hopeful vision of a queer ‘way of life’ and relating to come. However, the utopic bumpy ‘way[s] of life’ offered by Isherwood, Derrida and Cixous is flawed. In light of these criticisms of their bumpy relationalities ‘to come’, I ask, are their bumpy modes of relationality what queers want?